We at Advance 3D pride ourselves in being able to deliver accurate, detailed as-built models, based on accurate cloud data derived from 3D scanning.

How is the scanning data being used?

3D laser scanning has become an accepted method for documenting existing building and site conditions. It provides a fast, accurate, and comprehensive means to obtain a three-dimensional digital image of a building or structure whether it’s a 10 to 12 story building easily documented from street level, or a 40,000 m2 building compiled through multiple scans. This digital data can be easily exported into most common 2D and 3D CAD programs and used as a basis for creating architectural drawings. Among the uses of scan data are: create 2D floor plans, sections and elevations, 3D models, topographic mapping of sites and building surfaces, volumetric studies of land and excavations, and documentation of building sites pre-construction and during construction.

So where does scanning provide the best benefits for the architecture profession? One could argue it is in the development of BIM. As the profession moves towards 3D modelling and drawing, having the means to capture 3D digital data at the outset of a project can be a tremendous time-saver in preparing base drawings for a project. Two of the major CAD platforms, Autodesk and Bentley, have installed point cloud usability directly within their CAD programs. Other third-party developers have made advances in specialized add-on software to produce programs that readily identify walls, surfaces, and piping within point clouds in a CAD environment. Some even automate the process, rapidly decreasing the time it once took to draw a complex piping network. The increase in software abilities, coupled with the overall increase via scanning accuracy for as-built conditions, has led many building documentation providers to forego existing 2D plan documents and have a facility scanned instead, using the resultant point cloud data as the basis for their 3D models. The use of scan data has proven to be a faster and more cost-effective method contrasted to the manual conversion of 2D information to 3D models when projects of similar type and size have been compared.

Scanning is most effective when used to document those building types or elements that are difficult if not impossible to measure using traditional hand measurement methods. One example is documentation of a ceiling with numerous pipes and ducts. Often renovations require manipulation of current systems or relocation of some piping to accommodate new pipes or built structures. It is important to identify what is contained within the pipes and their material makeup. Scanning will allow these existing conditions to be documented and then brought into a CAD format to produce a 3D model. Using the camera imaging option present in many of today’s laser scanners, the 3D Modellers are given a clear visual picture of the piping, with the colour imaging becoming an easy source of reference to differentiate between piping types. It is important to scan at higher levels of resolution when the data will be used for pipe documentation. Smaller objects will catch fewer scan points than a wall surface, making them harder to read with a CAD program. It is also important to try and capture piping from more than one side, as it will give a better indication of the pipe’s shape and any deformations when it is caught from multiple scans. This will involve more scan station locations within the area to be documented. Thus scanning for MEP documentation is typically a more time-intensive and costly endeavour than when scan data is used primarily for walls and surfaces. However, the resulting model becomes a base for the work of all parties involved: architectural, structural, mechanical, electrical, and plumbing, which increases the cost-benefit return when used among all disciplines. 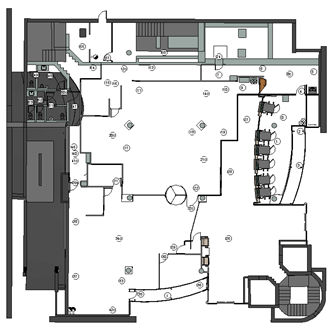 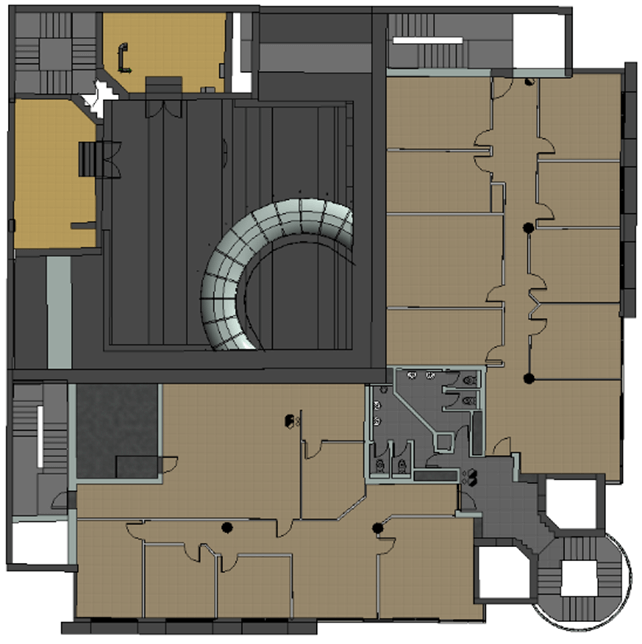 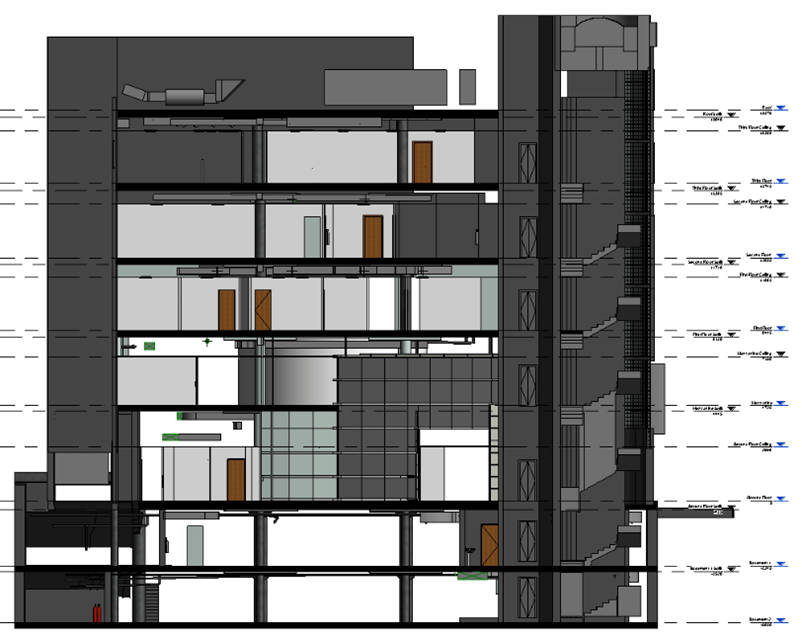 Complex interiors such as those found in theatres are another building type that benefits from the use of scanning. The need to create a 3D model or 2D drawings of a series of walls and surfaces that curve, slope, and pitch in multiple directions present a challenge to traditional hand survey techniques. Scanning the interior of such a space requires a well-planned out approach, beginning with a map of scan location stations that will gain all line of sight views required to capture the space. Scanning in colour will allow for ease of use in determining the various planes and details if needed. With proper preparation, a typical theatre interior can sometimes be scanned within a long day’s work, saving hours of labour over hand survey methods. The resulting scan data will provide a clean, accurate database that can be used for CAD development. This data can be brought into CAD for use in either 2D or 3D modelling, dependent upon the needs of the design professional. Well defined complex 3D models can be prepared to provide a strong basis for new design and renovation work. The scan data itself, when viewed within the manufacturer’s software, will also provide a visual record of existing conditions similar to an extensive set of photographs. This can be shared with the other professionals involved in the project, either through web-based access or from an individual computer file folder. 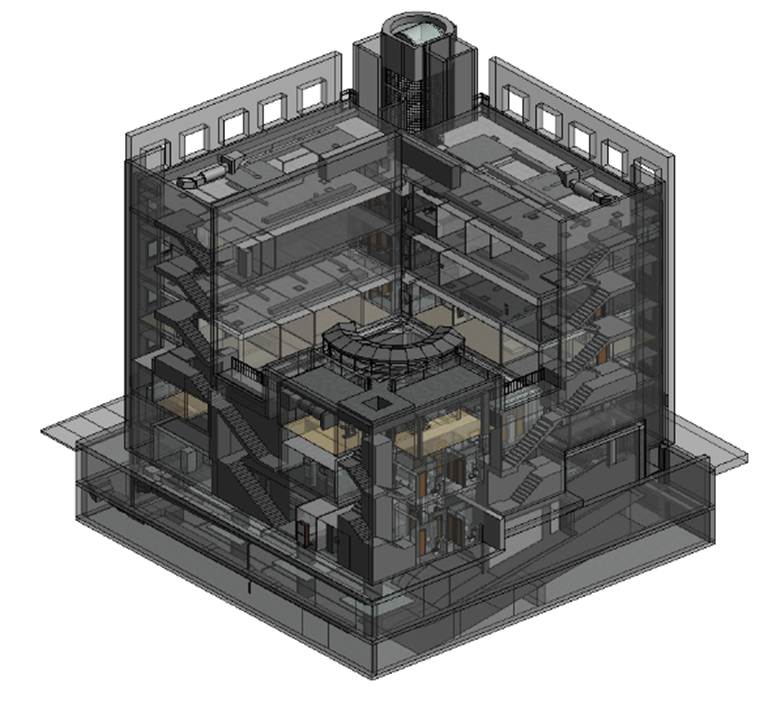 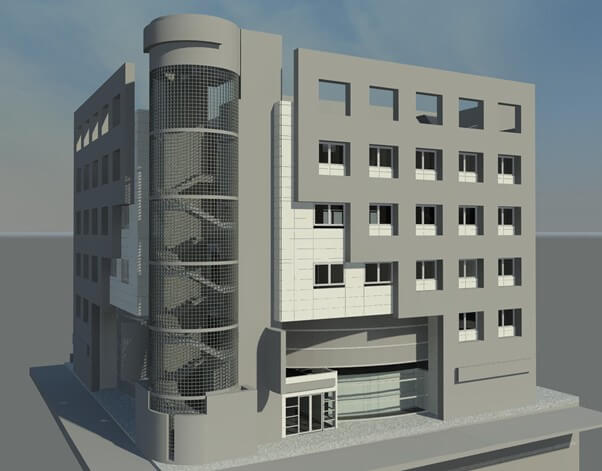 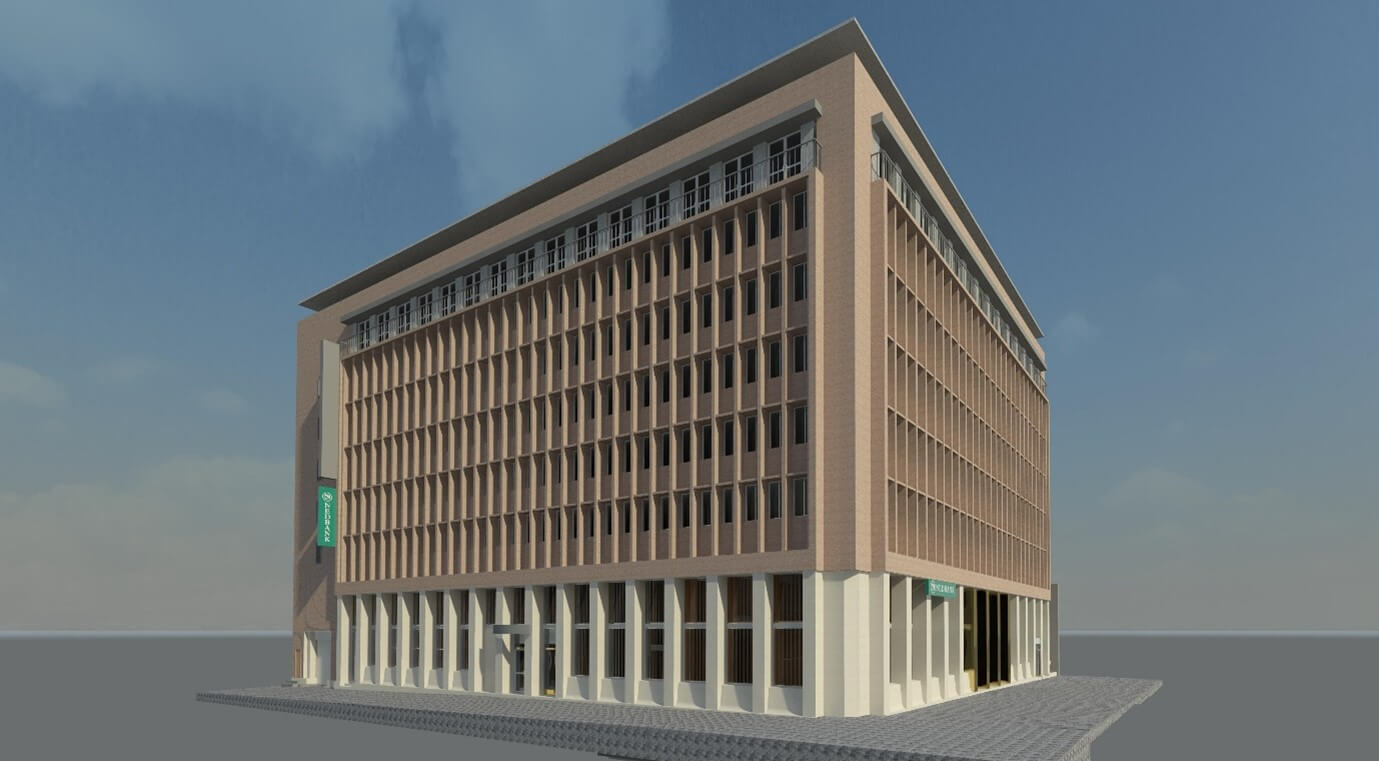 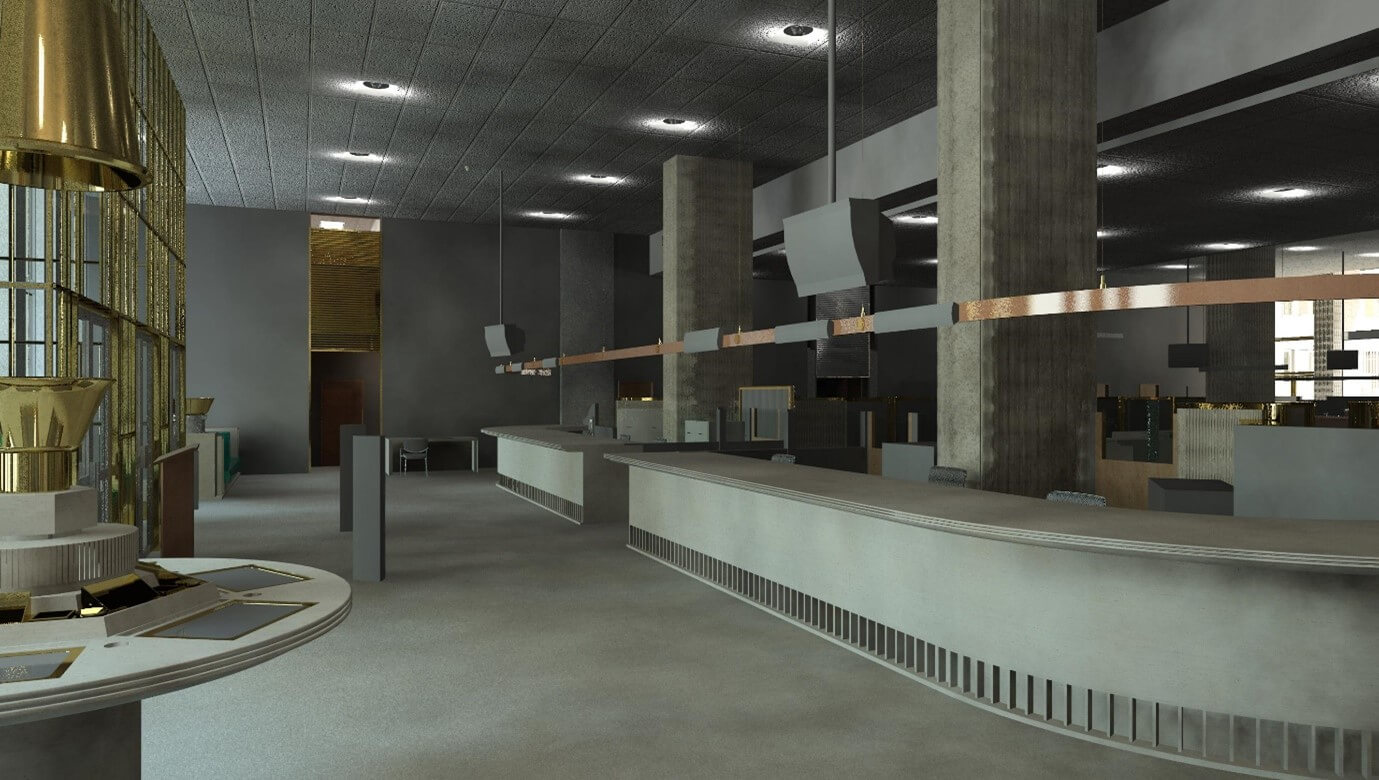 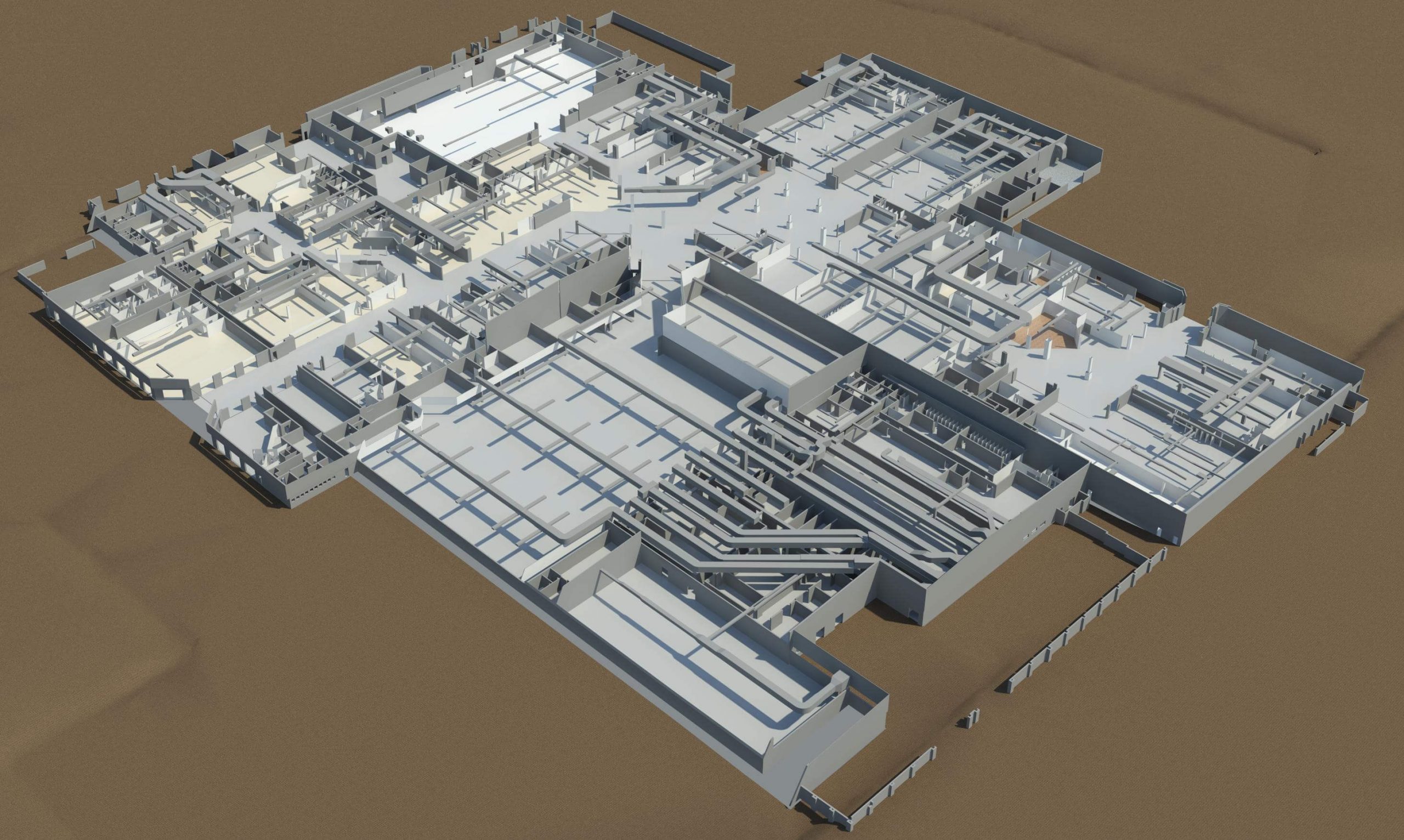 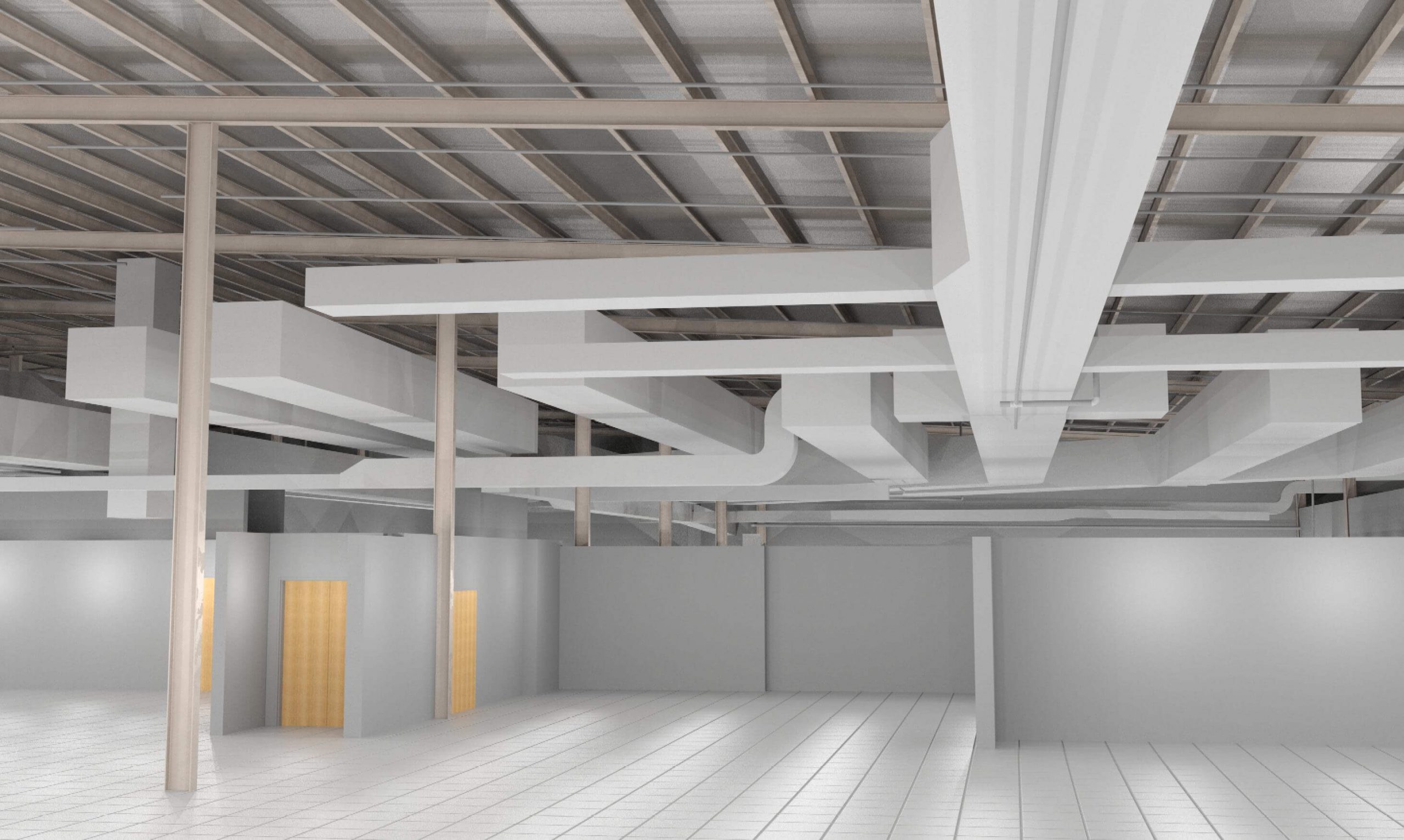 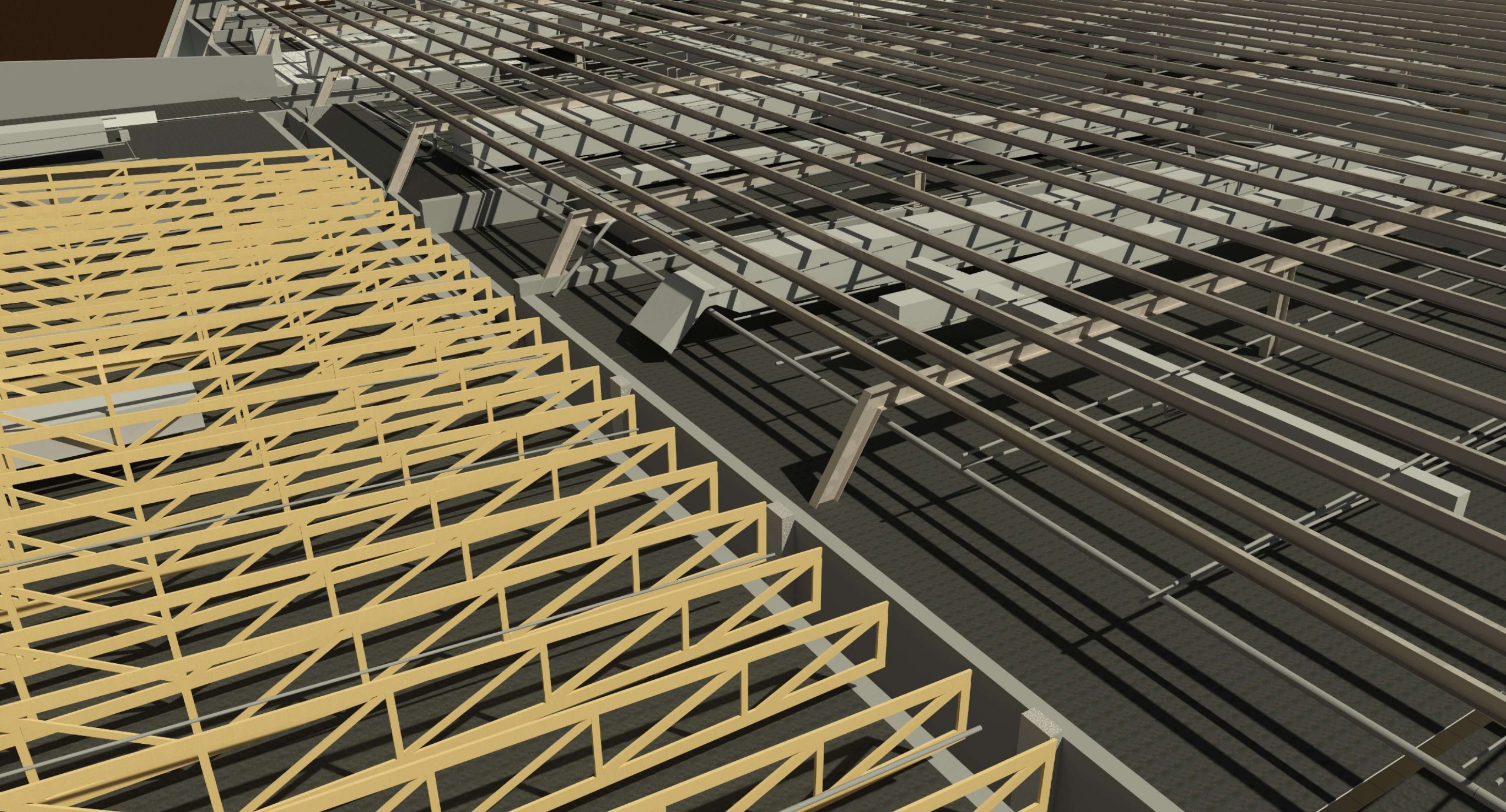 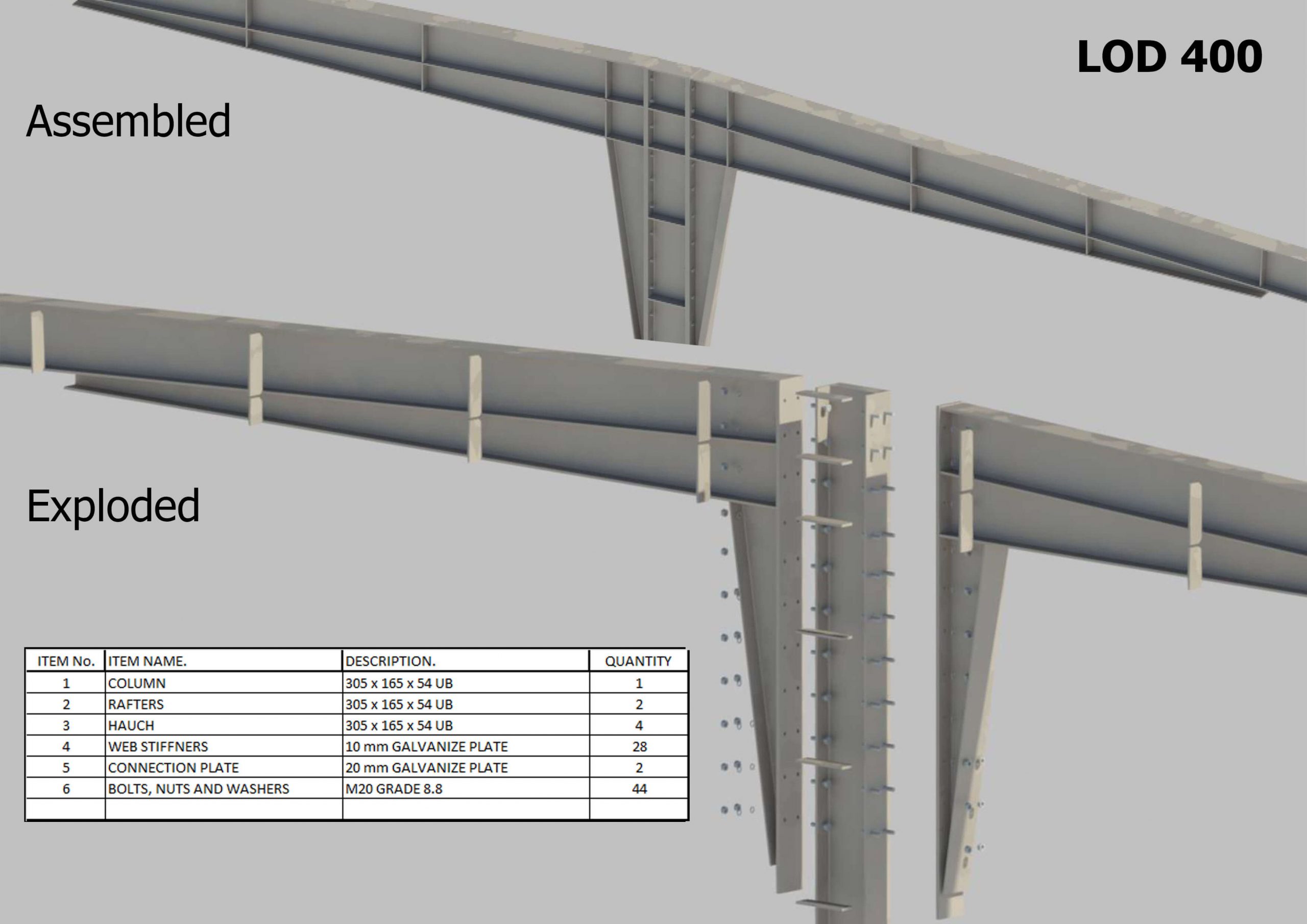